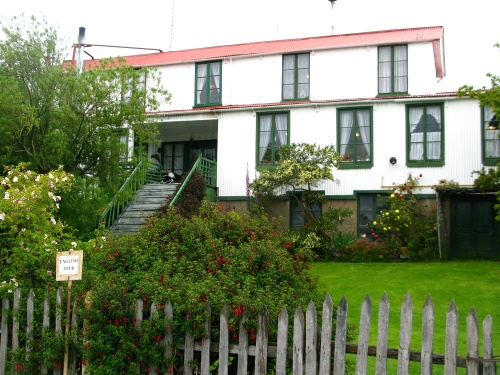 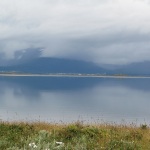 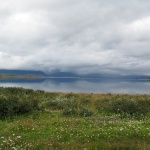 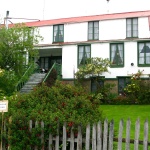 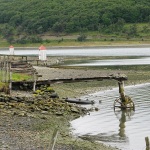 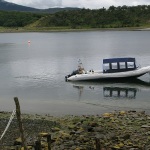 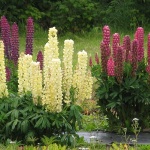 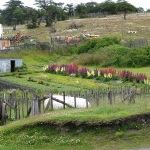 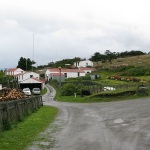 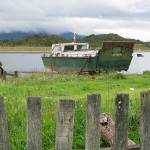 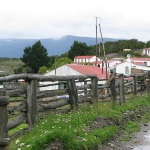 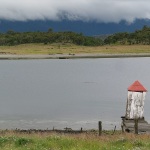 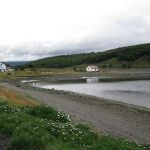 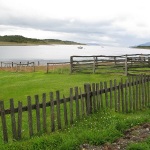 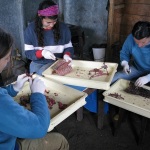 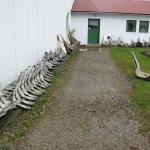 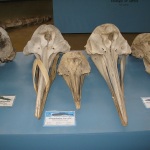 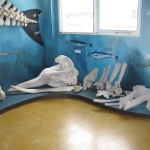 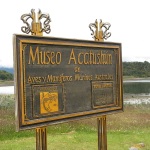 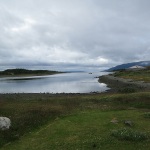 One of the most valuable tours that we could do when we stayed in Ushuaia (Tierra del Fuego) in Argentina was the visit to ESTANCIA HABERTON. An Estancia in Argentina is the same than a rancho in USA or a big farm, the Estancia use to be very very big on surface and dimension, in fact some of them have more than 100 km from one side to the other, and inside of them it could be some different buildings where the workers live.

The Estancia Haberton is the older one in the argentinian region of Tierra del Fuego in the far south. Its founder, Thomas Bridges, was a forgotten child in London who was adopted by an anglican missionary, Rev.GP Despard. In 1856, when he was 13 years old, was carried whit his adoptive family to the Keppel Island n the Falcklands, where a mission was being built. There, he learnt the Yahgan language, the Yamana’s language in the south of Tierra del Fuego, who were carried to the Falcklands for his training. During his very first journey to Tierra del Fuego, in 1863, he could speak with the native people and explain them the goal of the mission. He founded the Anglican Mission in Ushuaia in 1870, and he settled definetely with his wife, Mary Ann Varder, and his little daughter Mary in 1871.

In 1884 received the first argentinian expedition to Tierra del Fuego, in which one was settled the first prefecture of Ushuaia. Two years later, after 30 years with the missions of Keppel and Ushuaia, Bridges got the legal papers as an argentinian citizen and he received a gift of land from de National Congress, as a tribute of the President Julio A. Roca for his job with the native people and the shipwrecked in the Cabo de Hornos region. The Estancia that he founded, firstly named Downeast, is located to 40 miles to the east o Ushuaia. It was named Harberton for the original site where his wife was born, in Devon, England, and it was the first company in Tierra del Fuego.

Today belongs to the grandchildren of Will and Lucas the sons of Thomas Bridges. Its manager, Thomas D. Goodall, is fourth generation (grandchild) founder and lives in the Estancia with his family (members of the fifth and sixth generation), the original home built in 1887.

Declared a National Historic Landmark in 1999, the Estancia maintains its original architecture, with buildings of wood covered with corrugated sheet metal, gardens, piers and stone terraces. Originally operating with sheep (for wool) and cattle (for meat), Harberton also had the first store and imported goods throughout southern Tierra del Fuego, also selling vegetables, meat and food to the miners of the time.

There are many books and articles on the Bridges family and Tierra del Fuego, but still undeniably classic “The Last Conf Earth” written by E. Lucas Bridges, son of the founder. Her story was selected by the New York Explorer’s Club as one of the hundred best narratives of explorers of the twentieth century.

Today Estancia has cattle and it is only open to the public from October 15 to March 31, except for Christmas and New Year.

The Estancia Harberton has access by road and sea from Ushuaia since it is located in the Beagle Channel which is absolutely waterway and a maritime excursion must for those who go to the end of the world as they say in Ushuaia. Our group was split into two at some point of the journey because a few wanted to get there by water by kayak and the others we decided to see the museum that is in the same room and exhibits documenting any kind of bird or marine mammal that lives in the area. Museum Acatushun, as known, is at least curious as to its location so far and little crowded as their contents because many marine biologists from around the world have as a reference for their work. Skeletons of dolphins, penguins, cormorants, seals, sea lions, whales, etc. well numbered, labeled and sorted bones of all kinds and all sizes. On our visit we could see three girls biologists who were working as volunteers in cleaning and sorting of different animals found recently in one of the beaches in the area and told us in detail what the job.

After visiting the museum and the Estancia and to make lots of photos  we were preparing to go to Isla Martillo who is owned for the family since his arrival. This island has a special feature that makes all that is in the Beagle Channel and that there are 10,000 pairs of live magellan and papua penguins.